I’m going to be moving on from Osmosoft soon. It’s been 18-odd months since joining and 3 years at BT. I’ve had a wonderful time here, worked alongside so much dedicated talent and energetic passion, and learned a ton about working according to the principles of open source, as well as new ways of working and thinking about things in a large enterprise. What I’m doing next is the subject of a subsequent post … this one’s about Osmosoft and TiddlyWiki and a new site I’ve set up for the occasion: 12 Days of TiddlyWiki. 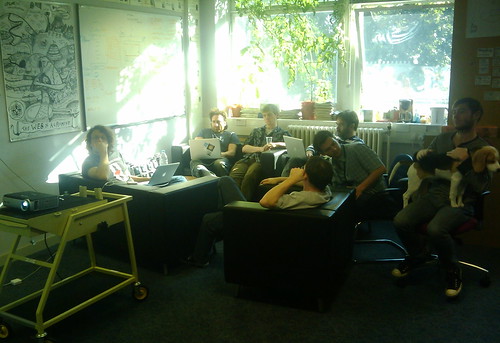 I have to echo much of Jon Lister’s sentiments. I, too, am extremely grateful to Jeremy and JP for being brave enough to set up Osmosoft. It’s an organisation within BT that works predominately on the public internet and produces open source for everyone to use, but not in the mould of a “pure research outpost” or an “isolated skunkworks initative”. Osmosoft directly supports BT through the applications and components it produces, its involvement in open source policy, and its general involvement in BT’s software community, among other things. We just operate very differently to a conventional IT department. Oh, and we also make world class stock photos … 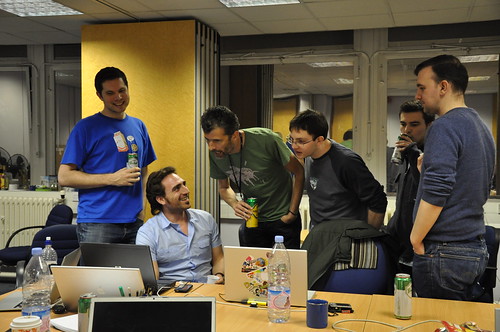 To celebrate my time here and to gently encourage myself to get a few things wrapped up, I decided to make a little microsite: 12 Days of TiddlyWiki. It will feature a new product for each of my final 12days at Osmosoft. And of course, it’s dogfooding: it’s powered by TiddlyWiki and if you peek under the RESTful hood, you’ll see it’s just another view into the main Osmosoft server, and could easily be mashed up however you please.

There’s one more benefit of Osmosoft working in an open source way to mention: Leaving is not leaving. And here I’ll echo another friend, Dion, who mentioned a similar effect when he moved on from the Bespin project … the code’s out there and I’m still able to remain part of the TiddlyWiki community. I had no idea how powerful TiddlyWiki was when I first joined. It’s a story that still needs to be told in full, but the bottom line for me is it scratches plenty of itches, and on that basis, I’ll still be using it and contributing back. 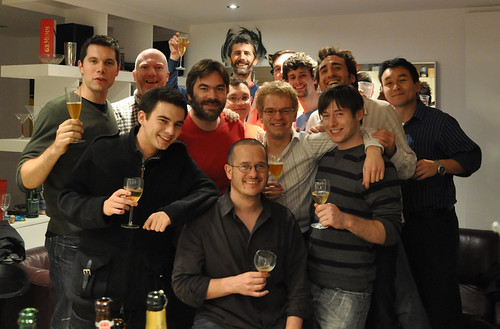