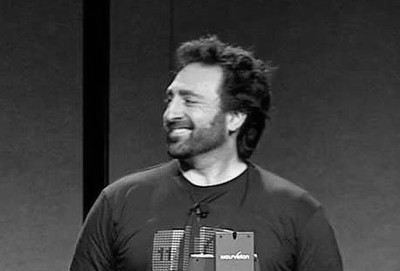 Michael Mahemoff is a full-stack product maker. Curious about programming, tech, startups, and future trends. This is his blog, started in the early 2000s. These days, he’s more likely to be found shouting at the cloud on Twitter.

Michael grew up in Melbourne and studied software engineering and psychology at the University of Melbourne, followed by a PhD on UX design, which focused on design patterns and other forms of knowledge reuse. Papers available here. He also authored Ajax Design Patterns for O’Reilly. During his postgraduate studies, he co-founded MedSeed, a medical technology company acquired by eHealthCare Asia.

Michael subsequently worked in development and UX design on front-end trading systems in UK banks, followed by a role at BT, where he helped the company build out APIs and develop its open source strategy. He then worked at Google as a staff-level developer advocate. It was at that time he coined the term Developer Experience, now a widespread industry phenomenon.

More recently, he created Player FM, a cross-platform, cloud-based, podcasting app with over 5 million installs, a 4.5 star rating from over 80,000 users, and website in Alexa top 5000. There, he led product design and scaled the Rails website and API to handle hundreds of requests per second at peak. Bootstrapped and profitable, it was acquired by Maple Media in 2020.

Those who cannot remember the past are condemned to repeat it. George Santayana

This blog is powered by Jekyll. There’s an RSS feed available. Thank You for reading!