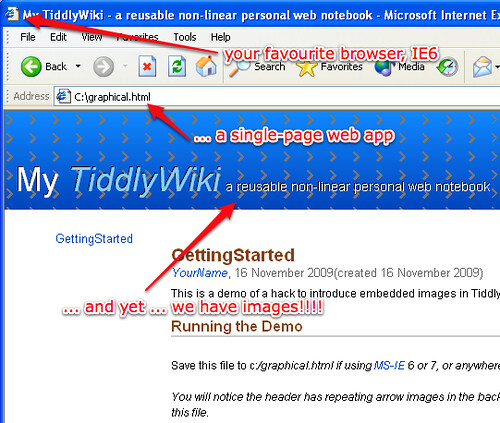 I only came across the MHTML image hack over the weekend, while listening to @jeresig on the new jQuery podcast (incidentally not the only <a href=”“http://paulirish.com/2009/introducing-yayquery-a-jquery-podcast”>jQuery podcast</a> to be launched in the past week or two).

The MHTML image hack lets you embed images with text, just like ye olde data: URI hack, but in a way that works for IE6. MHTML is MIME for HTML.

Of course, I immediately wondered if it could work in a single-page web app like tiddlywiki, and it turns out it can, though my quick exercise still has some problems.

As I wrote on the demo itself:

Normally, images are contained in a separate location, pointed at from HTML IMG tags or from CSS background-image properties. However, Tiddlywiki is a style of web app where everything resides in one file. So how to include images?

The usual hack is to embed data: URIs (http://en.wikipedia.org/wiki/Data_URI_scheme). However, no go for IE6 and IE7. Hence, a "newer" technique - newer meaning recently discovered. That is, MHTML (http://www.phpied.com/mhtml-when-you-need-data-uris-in-ie7-and-under/).

I was curious if MHTML worked in single-file HTML pages, reading off a file URI, and to my surprise it does. That said, it's not perfect at all. Firstly, I had to hard-code the location, because I don't know how to refer to "the current file" within the MHTML link. (I suppose a workaround would be to output the image file and refer to that with a relative URL, but we lose the benefit of everything being in one file.) Secondly, I played around with various base-64 images and this arrow one (from the phpied.com demo) was the only that worked :(.

So it's a proof-of-concept with many gaps left for the reader to fill! </blockquote> Hopefully people play with this further. At 3002 days old and counting, your grandpa's browser isn't going anywhere fast.